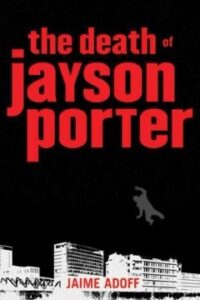 Author, poet, musician, and educator Jaime Adoff was born in New York City, NY. Adoff, son of acclaimed authors Virginia Hamilton and Arnold Adoff, was raised in Yellow Springs, Ohio. Jaime Adoff received a Bachelor of Music degree in 1990 from Central State University, Wilberforce, Ohio, where his focus was Jazz Studies/Percussions. After graduating, he returned to New York City to attend the Manhattan School of Music where he studied voice.  Adoff then went on to pursue a career in the music business, writing, and performing with “The Jaime Levi Band.” The band released two CD’s of Adoff’s songs and, for ten years, performed in New York City and toured throughout the United States.

Having a strong desire to make a positive and lasting contribution to children and young adults, Adoff turned his creative energies to writing. Themes running through his books include the fears and aspirations of young adults, and an exhortation for mutual tolerance, respect, and deeper understanding. Adoff’s books include The Song Shoots Out of My Mouth: A Celebration of Music, (2002), Names Will Never Hurt Me (2004), Jimi & Me (2005), and The Death of Jayson Porter (2008).

In 2013, Jaime Adoff received his M.Ed., Adolescent and Young Adult Education, from Antioch University in Yellow Springs. He currently teaches 9th grade English/language arts in a high school near Yellow Springs where he lives with his family.

Imagination & Inspiration. A discussion at the 2009 Ohioana Book Festival about the creative process when writing for children and young adults. The video features Ohio authors Jaime Adoff and Margaret Peterson Haddix.