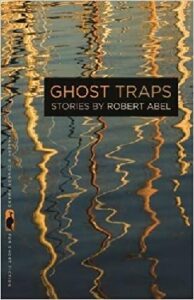 Journalist and writer of novels and short stories, Robert Halsall Abel was born in Painesville; the son of Robert H. (a textile worker) and Lora Constance Logan (a school bus driver).  Robert Abel attended the College of Wooster from 1959-1964; he left college in 1963 to travel to Africa and Europe and received a B. A. in English in 1964. He continued his education, receiving an M.A. in English from Kansas State College of Pittsburg, and an M.F.A in English (creative writing specializing in prose fiction) from the University of Massachusetts, Amherst in 1974.

In 1987, Abel taught  journalism and literature courses at Beijing Normal University, Beijing, China and worked as a foreign expert.  He also taught English through literature at the Beijing Foreign Studies University in 1994 and 1997. Abel lectured on literature and language throughout Southeast Asia, including the University of Sumatra and Andalas University (Indonesia), Thammasat University (Bangkok) and De LaSalle and St. Louis Universities (Philippines). His novels include Riding a Tiger, Freedom Dues, and The Progress of a Fire. Abel published three collections of stories: Ghost Traps (the title story of which won the 1989 Flannery O’Connor Short Fiction Award), Full-Tilt Boogie and Skin and Bones.

Abel had a keen interest in China, what he called his “China Jones.”  He explained in a statement published on his website (circa 2013): “What has fixated my interest in China, however, goes past the politics, economics and history, and even the language . . . to the people I have met there and through their generosity come to know—to the degree that such relationships can be forged across cultures, personal histories, differing perspectives, and the ever-present dangers and drama inherent in translation. I think the novels in my trilogy mainly try to chart this turf—not exactly a new subject for literature but more than ever a vital one.”