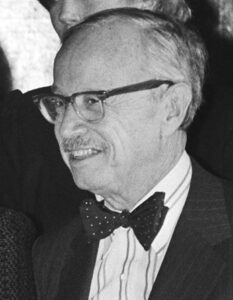 Schlesinger graduated from Philips Exeter Academy in Exeter, New Hampshire, when he was 16. In 1938, at age 20, he graduated summa cum laude and earned a B.A. in History from Harvard College. During his lifetime, Schlesinger would serve as an analyst in the Office of Strategic Services (OSS) during World War II, join Harvard’s History Department (1946-62), and become a renowned historian, public intellectual and social critic. He published more than 20 books and was awarded the Pulitzer Prize twice. Schlesinger shared his expertise in news and documentary television series and in movies including NBC White Paper and the Ken Burns documentary “Huey Long” and even appeared in a cinematic movie (1982’s Garbo Talks) as himself. Schlesinger was married to, and divorced from, Marian Cannon before marrying Alexandra Emmet in 1971. 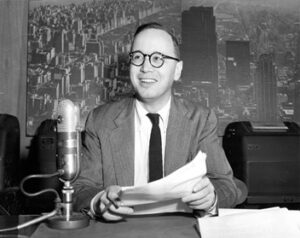 Schlesinger’s second book The Age of Jackson, published in 1945, won the 1946 Pulitzer Prize for History. His age notwithstanding (he was 28), the success of The Age of Jackson garnered Schlesinger national attention as an American historian. A prolific writer of books and numerous articles on American history and politics, Schlesinger was also a political commentator on television. He was active in Democratic Party politics and was speechwriter in the presidential campaigns of Adlai Stevenson in 1956 and John F. Kennedy in 1960.  In 1961, Schlesinger took a leave of absence from Harvard University to join the Kennedy administration. He was appointed a presidential assistant for Latin American Affairs. After President Kennedy’s  death, Schlesinger resigned his position in 1964. He returned to teaching at Harvard and wrote an account of his experience of working within the Kennedy administration in the book A Thousand Days: John F. Kennedy in the White House. It won him his second Pulitzer Prize and the National Book Award in 1966. Schlesinger returned to teaching in 1966 to become the Albert Schweitzer Professor in the Humanities at the Graduate School of the City University of New York. He retired in 1996 but remained active there as an emeritus professor.

Additional Resources
Arthur M. Schlesinger, Jr. via Wikipedia. Learn more about his career and political activism and find links to more of his works.