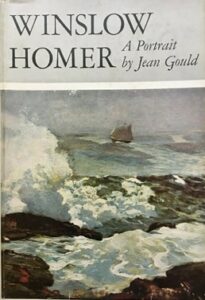 Award-winning author Jean Gould was a prolific writer whose work included books for both children and adults. She is most well-known for her biographies of prominent figures in literature, theater, industry and politics. However, her early writing includes fairy tales, plays, and short stories for young children.

Born Jean Rosalind Gould on May 25, 1909, in Greenville, Ohio, to Aaron J. and Elsie (neé Elgutter) Gould. The family moved to Toledo, Ohio, when she was very young. Gould’s family owned and operated a small publishing business. Her mother wrote poetry and editorials for their publications and her aunt was a newspaperwoman for half a century. It is no surprise, then, that Gould, who once said she was “injected, if not born, with printer’s ink in my veins,” started writing at ten years old. Gould graduated from Scott High School in 1927 and studied for two years at the University of Michigan, Ann Arbor, before receiving her B.A. in Literature and Journalism from the University of Toledo in 1937. 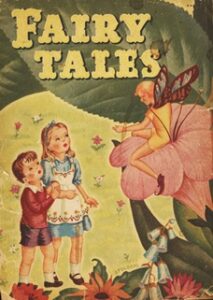 By the time she’d completed her education, Gould had written numerous short stories, fairy tales and children’s plays; and she thought that she would become a novelist and playwright. In 1944, her first book, Fairy Tales, was published. Gould also loved to read and write poetry and, in 1946, published a biography of poet Emily Dickinson titled Miss Emily. It was the first but was by no means the last.

After residing in New York, Jean Gould returned to Ohio in 1992. She died of cancer on February 8, 1993, in Perrysburg, Ohio.