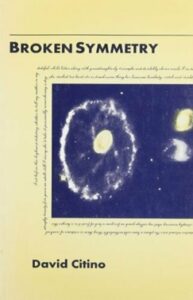 David Citino was born in Cleveland, Ohio. He graduated from St. Ignatius High School and went on to received his B.A. from Ohio University in 1969, an M.A. from The Ohio State University (OSU) in 1972, and a Ph.D. from OSU in 1974. In 1969 he married Mary Helen Hicks and they had two children. Citino was very committed to his family and to his work, developing a way of working that became integral to his life as a poet.

Citino was a highly respected poet who authored thirteen books to include Last Rites and Other Poems (1980), The Appassionata Poems (1983), The Gift of Fire (1986), The House of Memory (1990), Broken Symmetry (1997), and The Invention of Secrecy (2001). He wrote and published poems, essays and reviews for numerous magazines, including Literary Review, Great Lakes Review, Kenyon Review, Aspen Anthology, Poet and Critic, and Dalhousie Review. A member of OSU faculty for more than 30 years, Citino was appointed professor of English and creative writing at the Marion campus of OSU (1974-1985) before going to the Columbus campus (1985-2005).

David Citino died in Columbus on October 17, 2005 from complications due to multiple sclerosis. He was 58.

Additional Resources
“Ladders.” YouTube video (posted in 2006) of David Citino reading a poem about DNA he composed for the biology class of an OSU colleague.